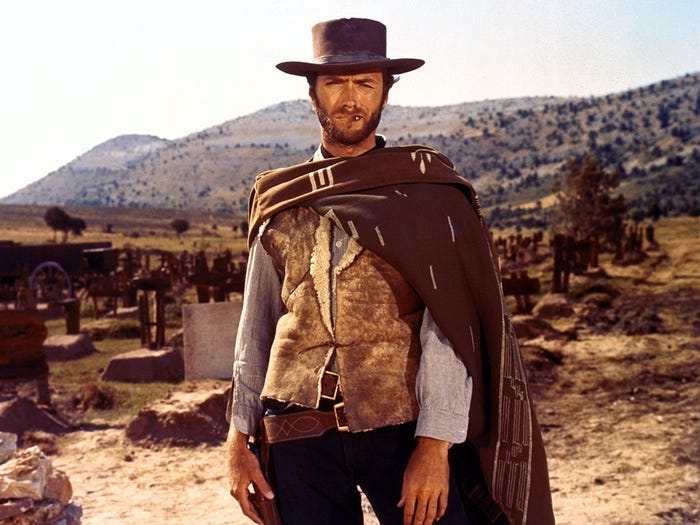 Blondie (The Good) (Clint Eastwood) is a professional gunslinger who is out trying to earn a few dollars.

Angel Eyes (The Bad) (Lee Van Cleef) is a hitman who always commits to a task and sees it through,

as long as he is paid to do so. And Tuco (The Ugly) (Eli Wallach) is a wanted outlaw trying to take care of his own hide.

Tuco and Blondie, share a partnership together making money off of Tuco’s bounty, but when  unties the partnership,

Tuco tries to hunt down Blondie. When  and Tuco come across a horse carriage loaded with dead bodies,

they soon learn from the only survivor, Bill Carson (Antonio Casale),

that he and a few other men have buried a stash of gold in a cemetery. Unfortunately,

Now the two must keep each other alive in order to find the gold.