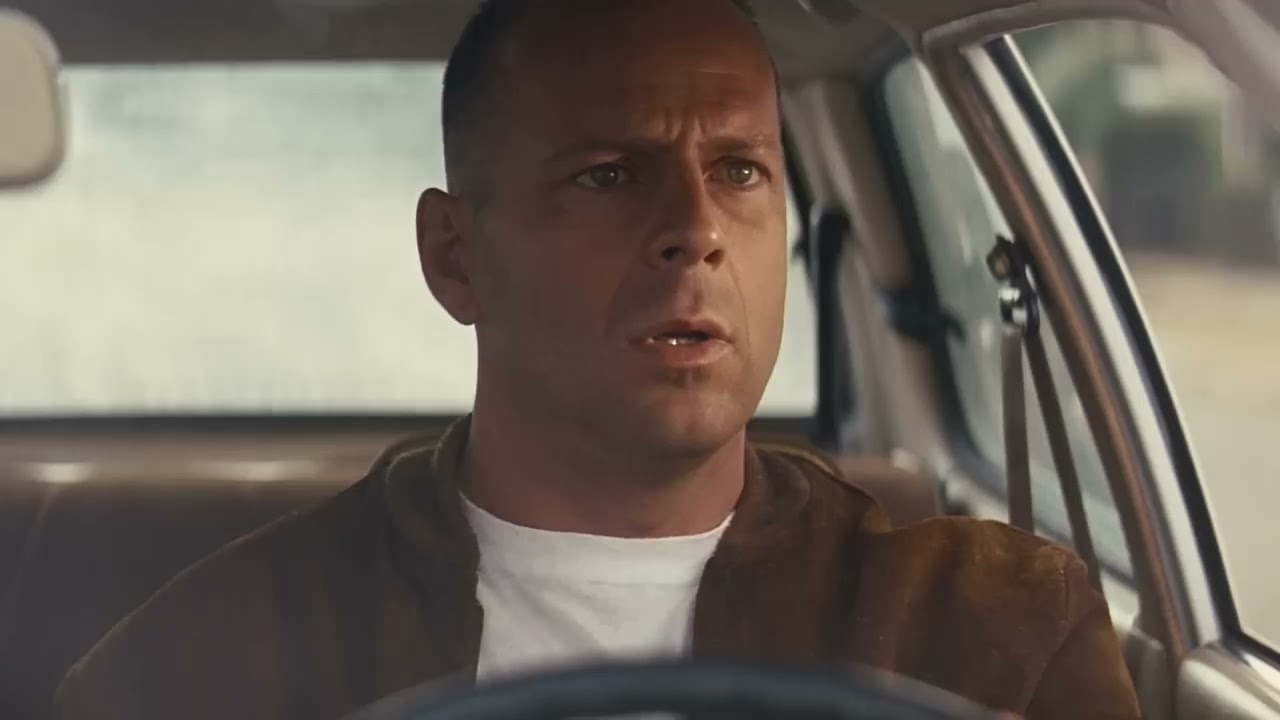 to take his wife Mia (Uma Thurman) out a few days later when Wallace himself will be out of town.

Butch Coolidge (Bruce Willis) is an aging boxer who is paid

by Wallace to lose his fight.

The lives of these seemingly unrelated people are woven together

comprising of a series of funny,