How this native of Hudson, Ohio, ended up in Mexico City

How this native of Hudson, Ohio, ended up in Mexico City 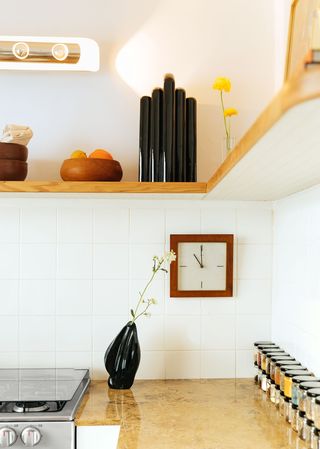 How this native of Hudson Ohio, ended up in Mexico City is a complicated tale. He founded VIDIVIXI—from Victor Hugo’s poem “Veni, Vidi, Vixi,” which translates from Latin as “I came, I saw, I lived”—in 2014 in Brooklyn. In 2016, he followed his heart and moved to Mexico City for a relationship. There, he teamed up with British designer Adam Caplowe, who became studio director at VIDIVIXI. But the love affair that had brought Grattan to the capital was rocky; when it ended he decided to stay and find a peaceful space that he could make entirely his own.

As luck would have it, an apartment became available in the Barragán building. Grattan and his Himalayan cat, Amiga, moved into a two-bedroom apartment, which retained much of its midcentury detailing, from the original paned windows to the interior wooden doors with windows that filter in light. There is also an iron balcony where Grattan spends his mornings, a cigarette in one hand and a coffee in the other, peering through branches at the beautiful Jardín del Arte across the street. สถาปนิก